ROCKY MOUNT, N.C., Nov. 21, 2016 – Poyner Spruill LLP is pleased to announce that it has moved from its temporary location on Sunset Avenue back to its downtown home at 130 S. Franklin Street.

“We’ve been on that corner since 1965,” Partner Mike Colo explained. “We’re happy to be back downtown because we believe in downtown and want to contribute to its resurgence.”

The firm relocated to a temporary space in June 2015 when a water pipe burst, flooding the Franklin Street offices with more than 60,000 gallons of water. The Rocky Mount Fire Department “was incredibly helpful” responding to the incident, said Samuel Johnson, Partner at Poyner Spruill.

The pipe burst on a Friday night. By Monday morning, Poyner Spruill had planned to moved its offices – including 15 attorneys and 14 staff members – to the Sunset Avenue location.

“We were extremely fortunate to be able to find the temporary space and appreciate the support we have received from the owner of that property,” Johnson said.

Damage to the flooded building was extensive. During the renovation, the carpets and ceilings were replaced, and walls and mechanical systems were repaired. D.J. Rose & Son handled the restoration.

Poyner Spruill is happy to move back to the heart of downtown, where it’s been since 1965. The building formerly housed People’s Bank and Trust, founded during the Great Depression. Firm founder Frank S. Spruill moved his offices from Henderson to Rocky Mount in1907. 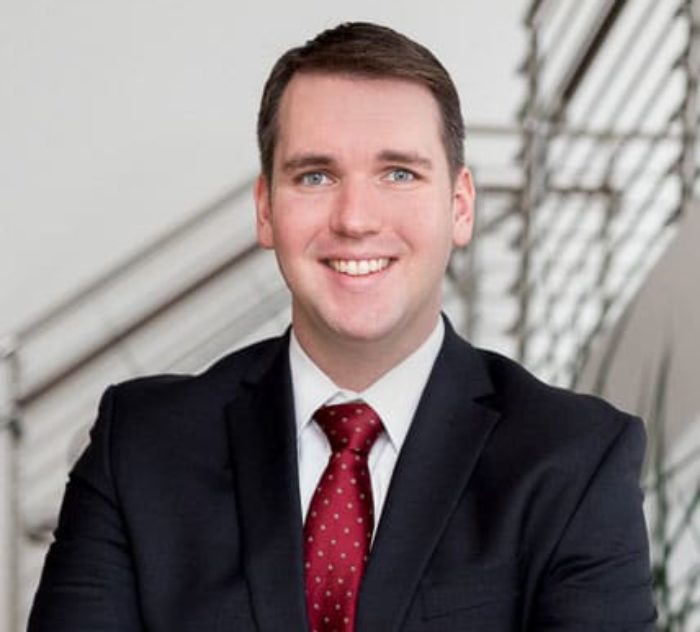