The U.S. Department of Labor’s Occupational Safety and Health Administration (OSHA) announced it was pausing enforcement of the vaccine or test Emergency Temporary Standard (ETS) it announced November 4, 2021, that was to take effect January 4, 2022. The ETS would require employers with 100 or more employees to make sure their employees have been fully vaccinated by January 4, 2022, or thereafter, require weekly COVID-19 testing for all employees who remain unvaccinated. This decision immediately follows a stay issued by the United States Court of Appeals for the Fifth Circuit last week that had temporarily halted implementation of the ETS. That court ordered OSHA, “take no steps to implement or enforce” the mandate “until further court order.” Previously, North Carolina’s Commissioner of Labor, Josh Dobson, said North Carolina would not enforce the OSHA ETS, at least in the immediate future (NC OSHA Is Not Immediately Adopting the ETS for Covid-19 – Poyner Spruill LLP).

After its announcement in early November, the OSHA ETS came under immediate attack and is the subject of several federal lawsuits seeking to prevent its implementation. Those lawsuits have now been consolidated in the United States Court of Appeals for the Sixth Circuit, which will decide the legal fate of the ETS. The Sixth Circuit was selected in a random draw to hear the consolidated cases, and its decision will be applied nationwide. Of course, the ultimate fate of the ETS may be determined at the Supreme Court.

So, what is an employer to do? Many employers had already begun preparations for the ETS and created vaccinate or test work rules for employees that would meet the ETS requirements. There is nothing keeping employers from continuing those plans to enforce their own workplace vaccinate or test rules if they comply with the need to make reasonable accommodations for disabilities or religious requests. In addition, the administrative decisions by OSHA and the N.C. Department of Labor, and the court cases, could develop and change on short notice. On the other hand, employers looking for a reprieve from the workplace mandates have one, at least temporarily. Please note, this recent OSHA decision does not affect the separate CMS mandate that created a test requirement for certain organizations that receive federal Medicare and Medicaid dollars. We will keep you updated on the frequent changes in this area. 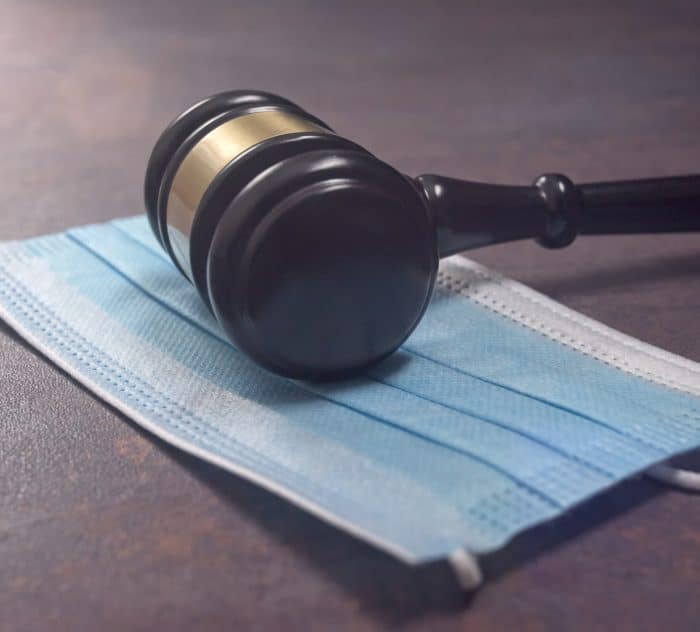 NC OSHA Is Not Immediately Adopting the ETS for Covid-19