Note: The discussion below is a fireside-style chat between Poyner Spruill partner, Saad Gul, and FCC General Counsel Tom Johnson. The exchanges reflect individual views. Nothing stated below reflects the view of the United States, the Federal Government, or any federal agency. Any errors are mine alone.

Saad:   Thank you for doing this.

Tom:  It’s a pleasure. The FCC has been very good at allowing me to take advantage of these types of opportunities. And as you know, we are a very “public-facing” agency. Our Commissioners and staff (including me: @tommjohnsonjr) probably do more Tweeting than the average federal agency. Of course, the Godfather of the art is none other than Chairman Pai himself. [Ed: do not check that account before going to bed]. Plus, I am on paternity leave right now.

Saad:   Congratulations! How are you and the little Commissioner finding it?

Tom:  Thank you. The little Commissioner is doing well. She has a routine down, starting to sleep through the night. It helps that everyone at work has been extremely supportive of me taking leave. And Ashley Boizelle has been an excellent Acting General Counsel in my absence.

Saad:   Excellent. Now we’ve talked before. And you’re not a D.C. lifer?

Tom:  No, I’m from northern New Jersey originally. Went to school there. My parents are still there. My brother lives there.

Tom:  Yes, it’s very hard to change phone numbers without losing half your contact list. Candidly, I can’t think of the last time I memorized someone’s phone number. But I’m proud to have the 201 area code—it connects me with my roots.

Tom:  When I was in college, I knew I wanted to be one of two things. Either a professor of political philosophy or a lawyer.

Saad:   Let me guess. You became a lawyer.

Tom:  Right. I spoke to mentors at Georgetown about the academic path, and one huge influence on me was George Carey, who was a professor in the Government department. He told me the job market was challenging for conservatives with PhDs and that the JD was a more versatile degree but one that would still allow me to produce scholarship or pursue public service opportunities. So, I took his advice and went to law school. Coincidentally, I now work with his daughter Michelle at the FCC. She is the head of our Media Bureau.

Saad:   And what was your first exposure to administrative law?

Tom:  At Harvard at the time, we had the standard first-year curriculum plus one elective. And my Civil Procedure professor was Elena Kagan, who has since moved on to other opportunities. And she discouraged first-year law students from taking Administrative Law as their elective, because it in some ways assumed a certain working knowledge of statutory interpretation, constitutional law, and other topics. Well, I always liked a challenge, so I was intrigued, and I took Administrative Law. And I was fascinated by these questions such as the extent of permissible delegation from Congress to the Executive or the extent to which federal agencies can wield quasi-legislative or quasi-adjudicative power. And it’s turned out to be a significant part of my practice ever since.

Saad:   And after Harvard?

Tom:  I clerked for one year at the Fifth Circuit in Houston, TX for Judge Jerry Smith.

Tom:  The big case my year was called Harris County v. Staley, which involved the constitutionality of a memorial in front of the Harris County Courthouse dedicated to a local philanthropist that featured a Bible as part of the memorial. A majority of the panel assigned to the case concluded the monument violated the Establishment Clause. My judge dissented, pointing to the long history of use of religious symbolism in memorials for the deceased. While I was disappointed we lost the case, it turned out to a good introduction to the issues that would come in handy later in my career. As it turned out, in private practice years later, I second-chaired a case before the U.S. Supreme Court on behalf of the Town of Greece, NY defending the town’s practice of starting their meetings with a prayer. This time we won, although again in a divided decision (5-4).

Saad:   And after the clerkship?

Tom:  I practiced law for about ten years at Gibson Dunn in Washington, DC, where my practice focused on labor and employment, administrative law, and appellate and constitutional law. I probably worked most closely with Gene Scalia, who is now Secretary of Labor. I was always on the lookout for potential public service opportunities, and what I found was a number of my colleagues were accepting positions in Attorney General offices in the States, where they had opportunities to argue appeals and challenge regulatory overreach by the federal government. So I applied and got a position as West Virginia’s Deputy Solicitor General under Attorney General Patrick Morrisey and Solicitor General Elbert Lin. That was a great experience. I argued seven appeals in a year, most notably one in which I successfully defended the State’s “right to work” law before its highest court. And that experience led me, strangely enough, back to DC to my current position at the FCC. My predecessor as General Counsel, Brendan Carr, had recently been elevated to Commissioner, and FCC leadership was looking to state AG offices to recruit, because we didn’t have as many conflicts within the telecom sector as people who worked in private practice. So, I interviewed, really enjoyed my conversations, thought the work was fascinating and was honored that Chairman Pai and the Commissioners entrusted me with this responsibility.

Saad: The FCC has its high profile moments. Like the Janet Jackson halftime show.

Tom:  Yes, you have these high-profile moments where the entire public pays attention to the FCC for a news cycle. Like the halftime show, for example. But that is a small slice of what the FCC does. The FCC makes decisions for spectrum policy that have enormous consequences for our communications networks and digital economy. And coming from the outside myself, I would not have appreciated that until I entered the thick of things.

Tom:  (laughs) Yes, the Chairman has taken many selfies with fans and the famous cup. Speaking of which, that remains on my bucket list. I don’t have one myself yet.

Saad: What do you wish people knew the FCC did?

Tom:  I’ve been very impressed by how much the FCC has accomplished over the time I’ve been there. We produce a lot more work product than the average federal agency, in the ballpark of six to eight new items (proposed rulemakings or final rules) a month. And as a result, we have been able to do a lot of important work streamlining regulations and freeing up spectrum for the public to use for 5G and other applications that have been a real boon to the economy. And we’re seeing the results of that hard work. Take the pandemic, for example. More now than ever, Americans are relying on broadband networks for telework arrangements, remote learning, and just keeping in touch with family and friends. And it has been gratifying to see how well broadband networks have held up during this crisis, which I believe is in part due to the light-touch regulatory framework we’ve put in place.

Saad: What do you think is misunderstood?

Tom:  Well, I think that while a lot of the press who covers us is responsible, the misreporting about our Restoring Internet Freedom item (sometimes called the “net neutrality” repeal) was unfortunate. CNN called it “The End of the Internet as We Know It”—an apocalyptic prediction that did not come to pass. And of course before I arrived at the Commission, John Oliver and others whipped up public frenzy against the FCC on this item, which otherwise might have remained a relatively dry policy disagreement about the best way to regulate broadband Internet. But because of the misinformation campaign, people were threatened, including Chairman Pai and members of his family. Indeed, only a couple months after I started the job, when the Commission voted on the Restoring Internet Freedom item, someone called in a bomb threat that forced us to evacuate the FCC meeting room.

Tom:  Yes, it was a dramatic moment. The Chairman suspended the proceeding. Security came into the room with bomb-sniffing dogs. We were evacuated to a room in the back where I huddled with the Commissioners to ensure compliance with the “Sunshine Act,” which places certain limitations on Commissioners discussing the substance of items when a vote is pending. And I had to text my girlfriend (now my wife) to let her know that I was OK. Her mom was watching the proceedings on TV and it suddenly turned to black. Thankfully, the call proved to be a hoax and we received the all clear and proceeded to a vote. But it was all very scary.

Saad:   Sure. You wouldn’t be human otherwise. And I’m sorry y’all went through that. Now, you have been more than generous with your time. But let me do a Columbo. One last question. You’re an #appellatetwitter member in good standing. Give me a tip or a story that I can share with them.

Tom: One practice tip that comes to mind is to always be conscious of jurisdictional limitations when bringing an appeal against a federal agency. We have been very successful in three or four cases over the course of my tenure in successfully dismissing appeals for lack of Article III standing. And in one particularly satisfying case, one of my appellate attorneys, Jim Carr, discovered that a party challenging an FCC enforcement action filed its appeal one day too late. So we filed a motion to dismiss and the court kicked the appeal as untimely. As General Counsel, I don’t have the time to monitor all those filing details, so Jim’s diligence in checking those boxes and doing that rigorous work proved dispositive in that case. Big win for us.

Saad: Well, that’s a nightmare scenario for any attorney. I appreciate your time. Our readers certainly will. Thanks, and enjoy the rest of your time with the Little Commissioner. They grow up fast you know

Tom:  My pleasure! Thanks, Saad. 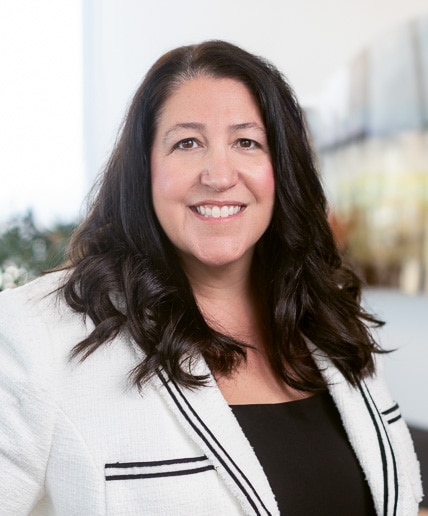 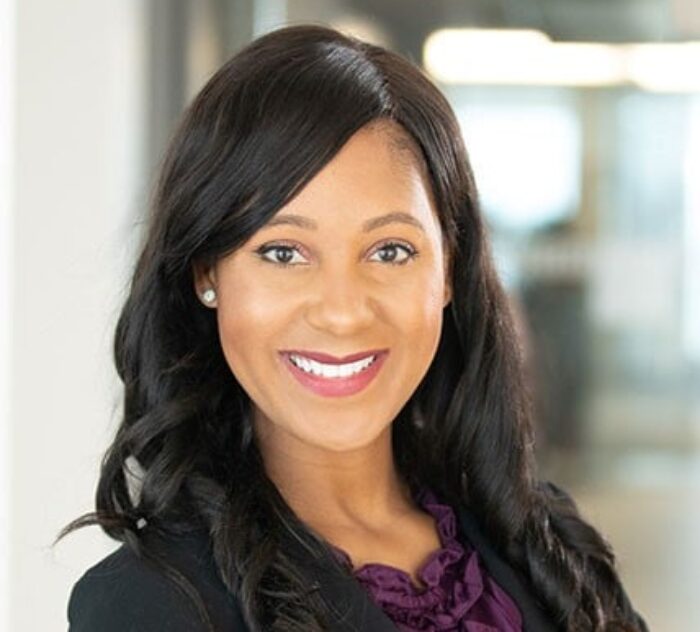 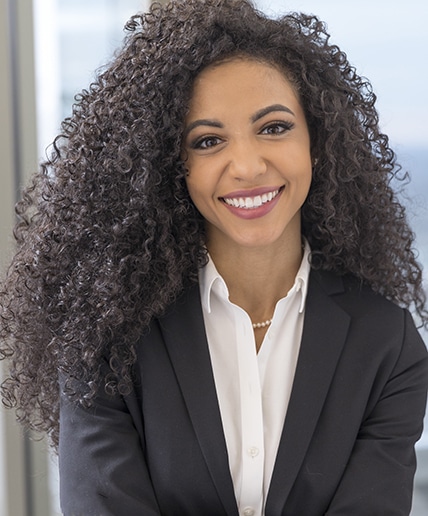 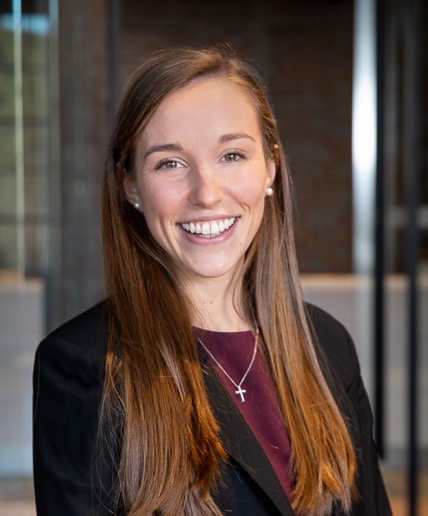